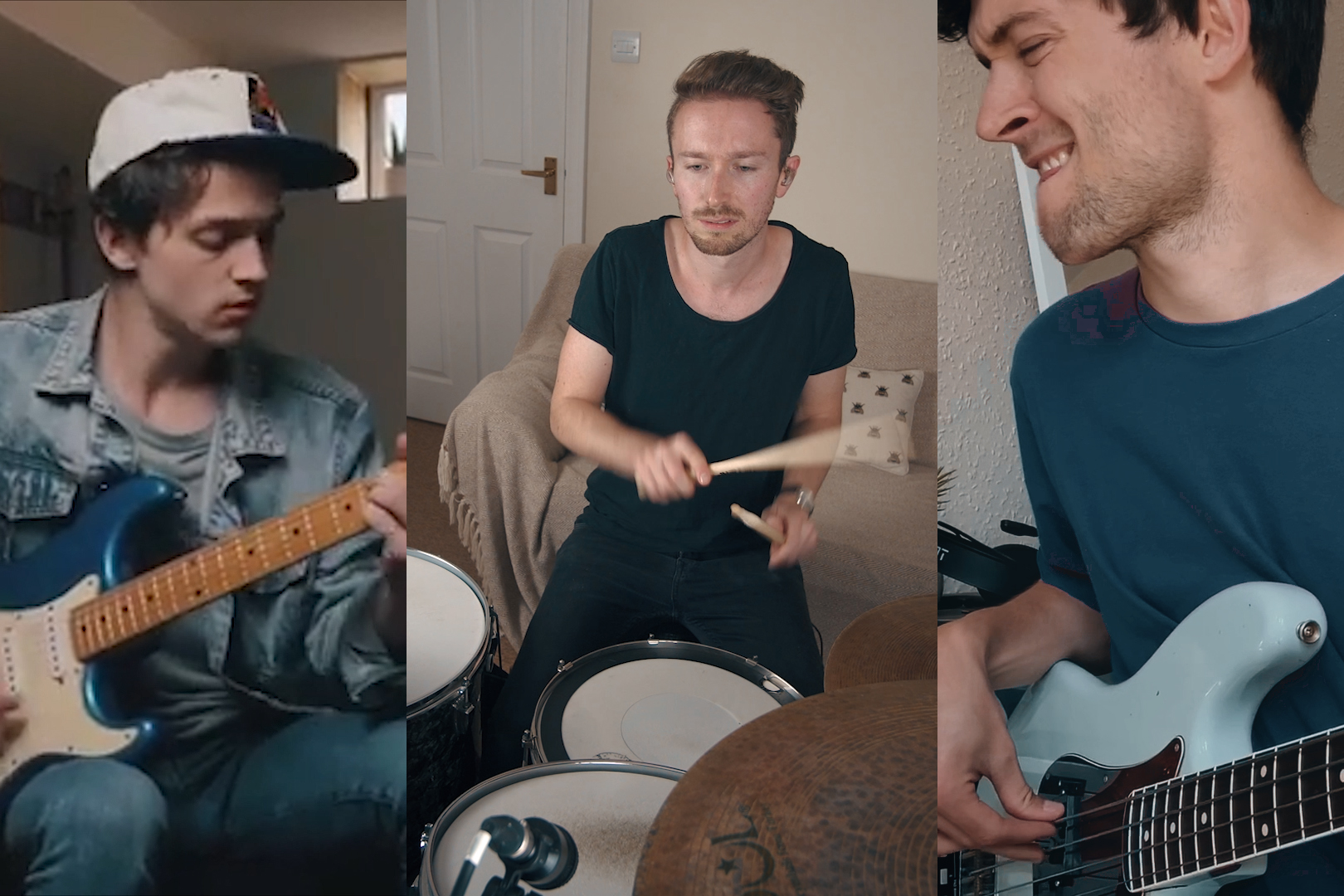 While the world has been in lockdown during the coronavirus pandemic, like many musicians I’ve been finding alternative ways to get creative and continue playing with others.

Unable to access my usual studio space, I set up drums in the living room of my small flat just outside London – I’d never attempted this before due to space and noise concerns, but was left with no alternative during lockdown. It worked well and sounded surprisingly good, so I recorded and filmed a few grooves that eventually turned into a series of Corona Collab videos.

I sent the audio files to some of my favourite players in the UK and US, who tracked their parts then sent them back for me to mix and edit (with the exception of the first video, which was put together by Hunter). I didn’t specify anything musically, leaving it up to the musicians’ own judgement and taste; I’m super happy with what everyone played and how all the grooves came together.

Although I knew all the guys involved, each video features a combination of musicians that have never played together before in person – it’s been really fun to bring people from different worlds together and see how our styles blend. I’ve been missing playing live and doing traditional sessions over this period, but this has been a really fun creative outlet and method of collaborating which almost certainly wouldn’t have happened otherwise.

Huge thanks to Hunter West, Harry Phillips, Matt Aston, Ross Spurdle, Jude Smith, Matt Dinnadge, Charlie Thornton and Jack Shepherd for their time and playing: they’re all amazing musicians and worth checking out and following. All four Corona Collabs can be found below.