2018 was a big year for me both professionally and personally. Here are some of the highlights.

The start of the year brought a session at AIR, a legendary studio which has always been on my bucket list. I played on a couple of great songs with singer/songwriter Martin Luke Brown and guitarist Matt Zara which are yet to be released – stay tuned.

Went with the old faithful for today’s tracking

In February I was busy with remote sessions from my own space, tracking for artists including Alex Tinlin and Thunderson. One of the tracks I worked on was mastered at Abbey Road and is available here.

18 hours in Berlin with @omyomusic

This year I started working with pop duo OMYO as their MD and drummer, which has been a lot of fun. We played a show at the nHow Berlin in March.

April took me to LA with Longfellow to play a showcase at MusExpo, a prestigious industry conference. It was great to play my first US show and explore LA with the lads. We also released two new singles in 2018, Plasticine and Therapy, both out on Spotify.

I’ve continued to play with Samuel Lane regularly at the Vineyard Church St Albans. In May we played a set at Big Church Day Out festival, including several tunes off Sam’s new album The Difference. The record is fantastic and features drumming by Aaron Sterling, one of my favourites – was a treat to dig in and try to do justice to his parts.

This month brought the first OMYO headline shows with a full band, in London and Oxford. Both were really successful, and it was great to see everything come together after lots of planning and rehearsals.

Just finished two glorious days of tracking for @blustinjoseph’s EP with @danielwheeldon at the helm and @charliethorntonagram on bass. Can’t wait to hear the finished record

In July I worked on a great EP by another Vineyard worship artist, Joseph Blustin, with my pal Dan Wheeldon producing. We tracked drums, bass and guitars at Dan’s studio in St Albans, then keys and vocals at Canvas Studios in Birmingham with Dave Plumb. The EP is now up for pre-order here.

I was fortunate enough to play several festivals with Call Me Loop this summer, including RiZE in Essex, where we played the second stage, and Belfast Vital. The latter was my biggest show to date, supporting Zara Larsson and Martin Garrix with a 20,000 strong crowd.

I was busy with traditional sessions over this period, working with Harry Phillips at Resident Studios in Willesden and Memmy at Livingston Studios in Wood Green. My new Gretsch USA kit sounded lovely on both.

Had a blast with the gang at @callmeloop’s headline show last night. Here’s a cheeky band moment from the end of Association

November featured a headline show with Call Me Loop at Camden Assembly, her second to date, which was sold out and went great. It’s been a pleasure to work with Georgia over the last couple of years; looking forward to more shows in 2019.

Last one from @thebookhousestudio, wide open and high for some Bonham flavours

Towards the end of the year my buddies Tom Hill and Ian Hansen set up a new studio in SE London called The Bookhouse – I spent a lot of the month helping them out and doing some tracking there. It’s a relaxed, vibey space with high end gear, check it out if you need anything recorded. 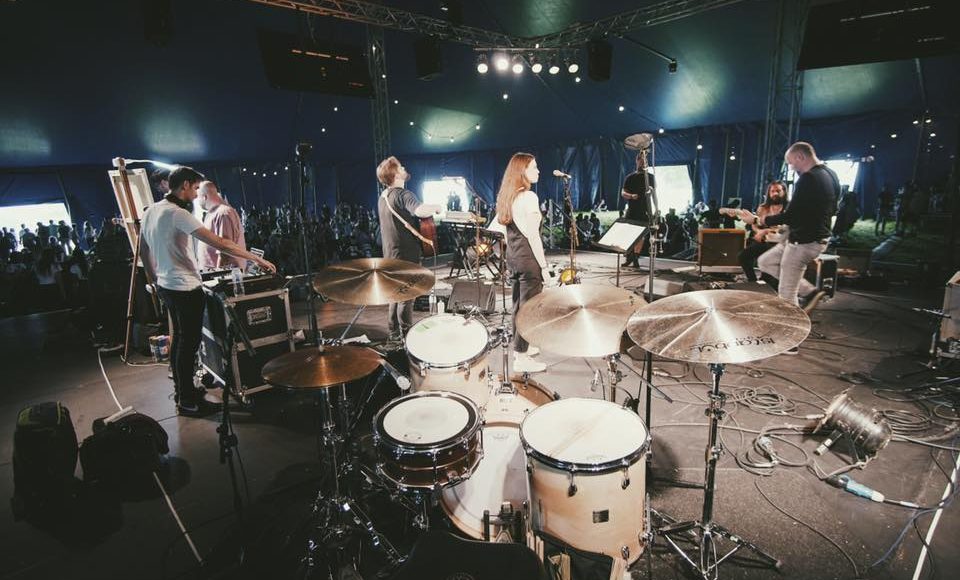 I’ve got a nice run of festivals this summer with a few different projects, so thought I’d post the dates here. Come and check them out if you’re able to.